Finishing up for the holidays(Back)

So only 5 days until Christmas day. Again, it hardly feels like it here, its just too hot haha!

The big news from my end is that I'm coming home for Christmas. Due to circumstances outside of my control, I need to leave the country and re-enter on a different visa. Unfortunately, this is not something that I have a choice about. However, it is a nice surprise to be able to be home with friends and family over the Christmas break! A little bit of an anti-climax since it was only 6 weeks ago I was saying goodbye for a long time. Anyway, I'm very thankful to be able to celebrate at home. It will certainly feel much more like Christmas there than it does here!! I'm home from 22nd Dec to 6th Jan. So I'll be leaving the sunny, warm weather here to come and enjoy a cold Christmas as usual!

Language school has finished for the year, and will start back again on January 12th, so I'm very thankful that I won't have to miss any of it. I've moved into the next phase of the program, which concentrates a lot more on speaking and telling stories. I'm enjoying it a lot more than simply pointing to pictures. Also trying as much as possible to practice speaking to Ethiopian friends, which I always really enjoy. I've found the increased vocabulary that I have from language school so far has helped, which I suppose proves that it is an effective method! I'll endeavour to continue revising over Christmas!

Brian Hall, my good friend and housemate from the last time I lived in Ethiopia has been staying in Addis for the last week or so with his wife and two kids. He's been staying at the SIM HQ compound where I live, so it's been really fun to have him as a neighbour, and spend time with him again, just like old times! SIM HQ is not a bad place to live, there are many conveniences and blessings to living here (reasonably fast wifi to name one :-) However, I'm still keeping my eyes open for an alternative living arrangement off compound as I had always intended, especially before I start working at the school next year. Bingham Academy is in the process of developing their compound and building new classrooms, and they have a long-term development plan on display. Interestingly, there is very little staff accommodation planned; as they are going to encourage staff to live off compound. So in the future, on compound living at the school may not even be an option. Which I think is a good thing, especially for staff cultural integration.

My motorbike has finally been registered and is now licensed to drive. Which is a great relief, it's taken quite a long time to get it sorted. It's great to be independent and mobile, it's great not to have to rely on other people for lifts home etc. Last weekend, Brian and Aaron and I took a trip up on motorbikes, a bit more off-road. Brian had brought both of his off-road bikes up with him to Addis Ababa, and we took off up one of the mountains nearby. It was great to get out into the countryside, we got a great view in the sunshine from the top of the mountain. 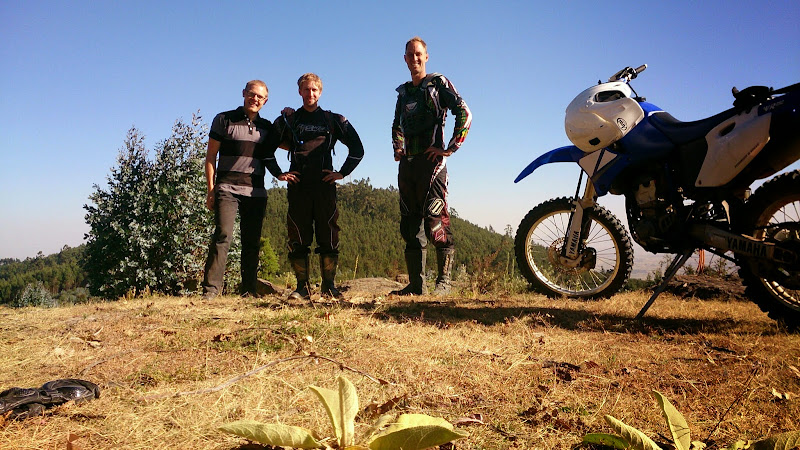 Brian, Aaron and I with Aaron's bike in the background. 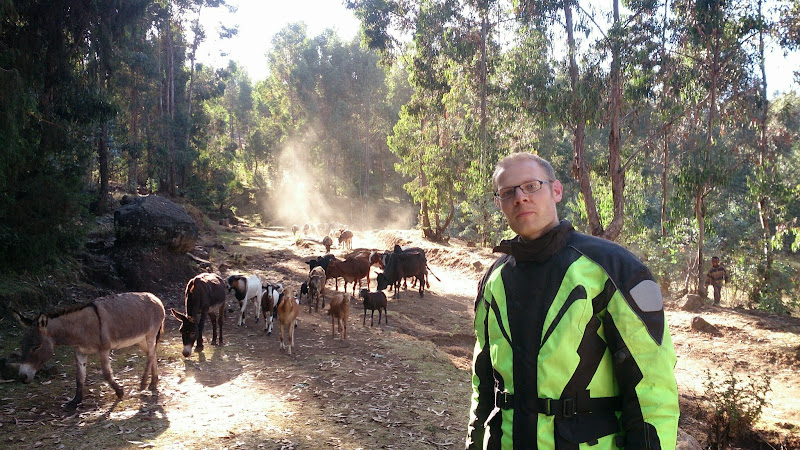 Shame about having to wear such a thick coat for protection!

This last week, Bingham Academy has been having a reunion week, and has invited back all past students and staff. It's been wonderful to see some of my old students, one class in particular had quite a number make it back. There have been many sporting events and games over the past few days, and a banquet last night. Some of the pictures from the archives were amazing to see, the school and the city have changed so much. When it was originally built in the 1950s, the school was a lone building standing on a hill surrounded by fields, trees with cattle grazing nearby. Now it is surrounded by one of the busiest neighbourhoods in the city. The school celebrates its 70th anniversary in 2016, so perhaps more people will make it to Ethiopia for then... 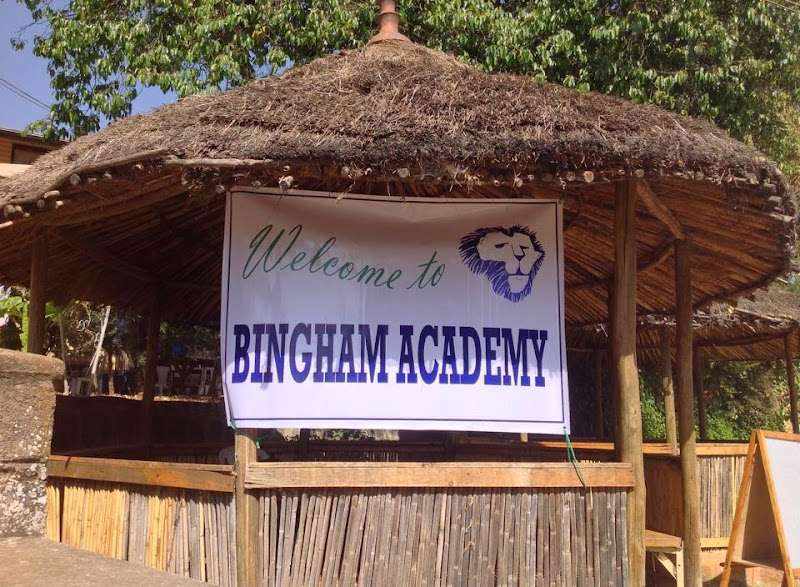 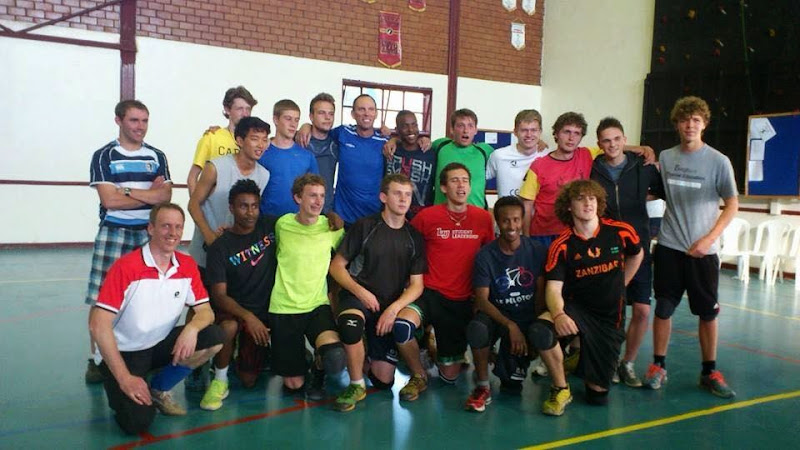 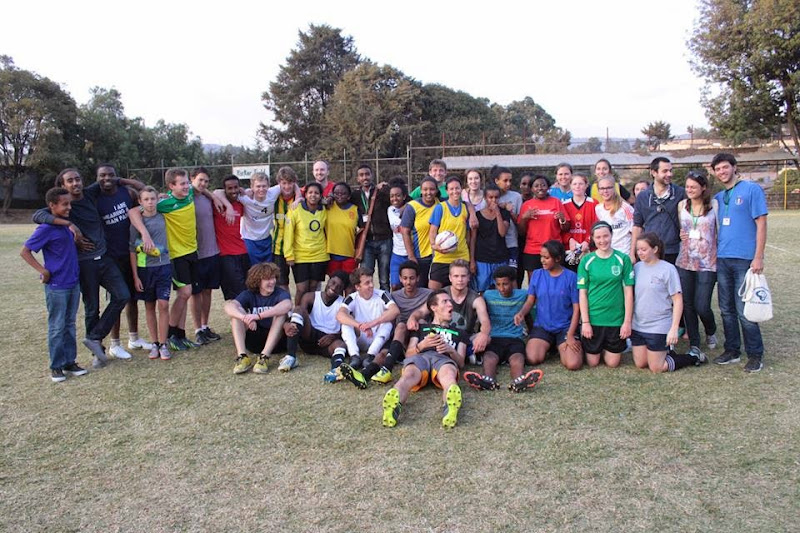 Some of the sports matches 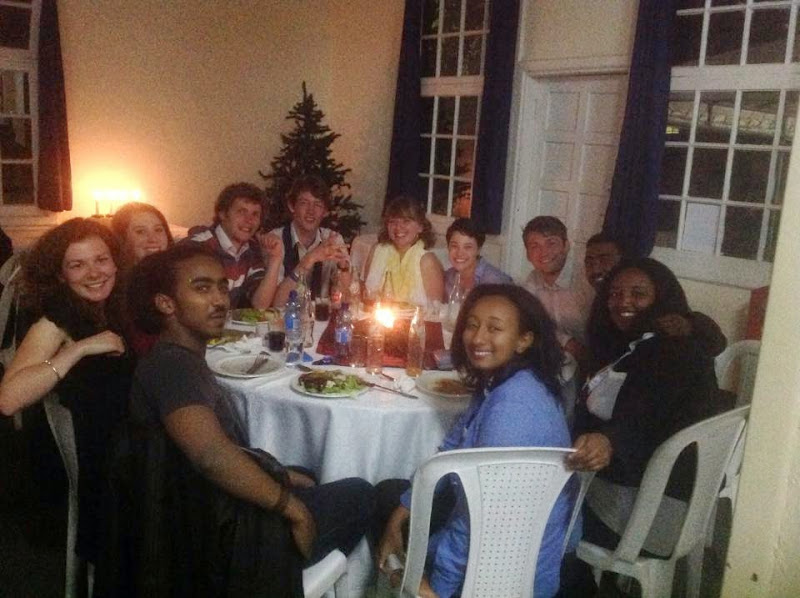 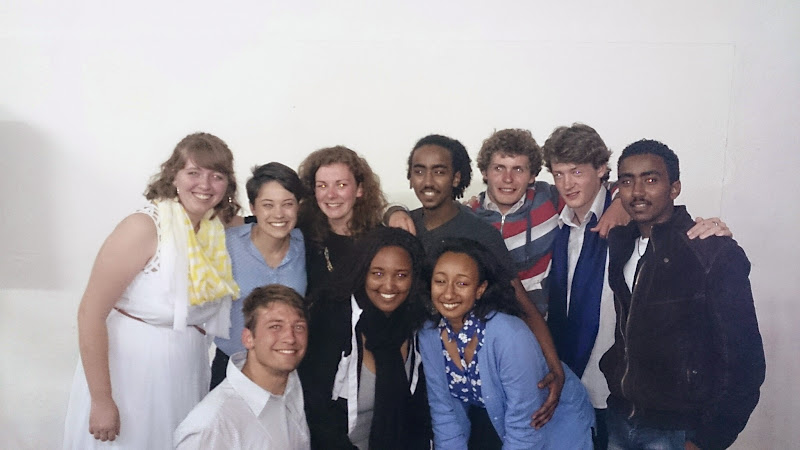 Most of the 8th Grade class when I originally came to Ethiopia in 2007.

Must run. Would be great to catch up with as many of you as I can over the holidays sometime! Give me a shout.