Classes at language school have moved on to a more grammar heavy focus, this last week or so. It is good to be able to understand the rules behind a lot of the different sentence structures and word constructions but at the same time, so much of it is so different from English, and it can get overwhelming! Understanding the difference between "she said to him" and "she will say to him" made my head hurt. Here is a picture of my homework from last week, where I had to write out my life story in Amharic, and then read it to the class. 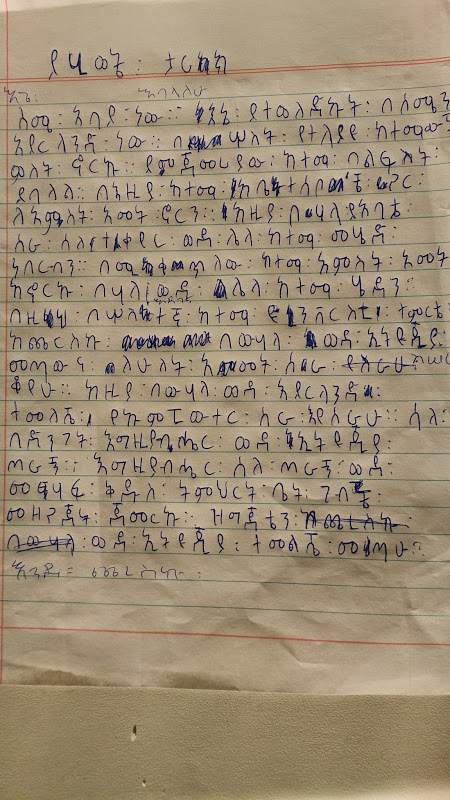 Last weekend was a particularly busy one. On Saturday, a friend from the last time I worked at Bingham was getting married to an Ethiopian guy, and a number of us at Bingham were asked to help out with the music. We rehearsed the requested songs, and brought keyboard, guitar, bass and amps across town to where the wedding was being held. Unfortunately, just before the service was about to begin, the power went out, so we were left with only an acoustic guitar which I was playing. As all of the songs to be played during the ceremony were on CD which obviously needed power, so I found myself playing acoustic guitar to the Bride walking in, as well as various other parts of the ceremony. Anyway, other than that it went relatively smoothly! 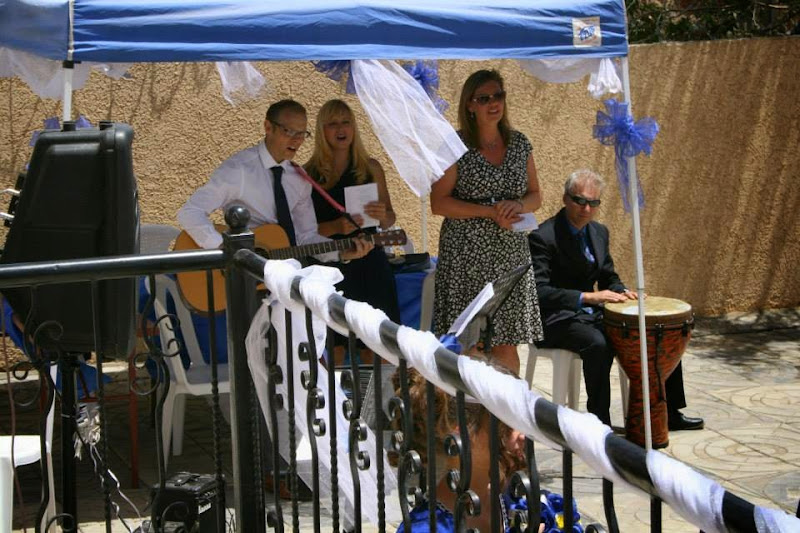 Busy playing at the ceremony

On Sunday, there was a combined house church service, so we gathered together a worship band again. It was another really enjoyable time leading everyone in worship. The service was particularly special as there were 4 young people getting baptised after the service. They had built a small baptismal tank out of hay bales and tarpaulin on the field at the school. The four getting baptised all gave a short testimony and spoke about why they wanted to get baptised beforehand. It was very encouraging to hear how God has worked in their lives, and to see them take this step in declaring their dedication to following Him. One young guy asked those of us gathered to hold him accountable to the promise that he was making, which I was very touched by. 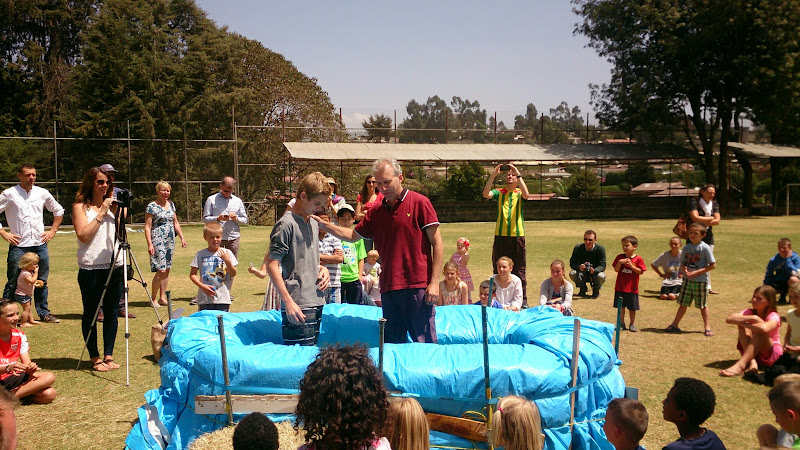 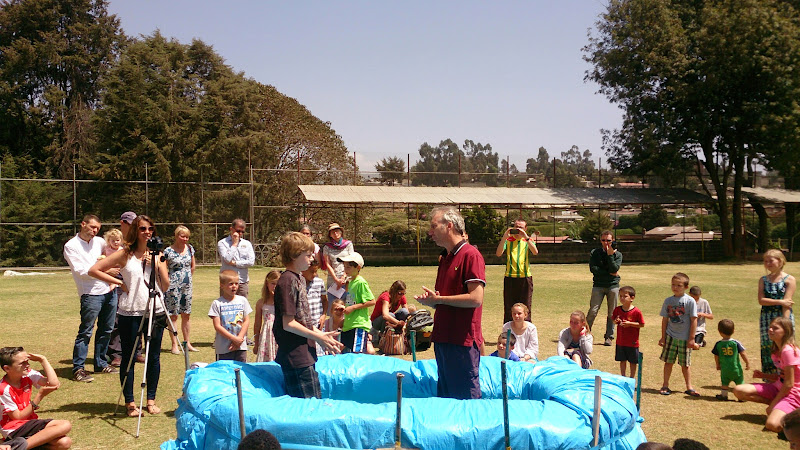 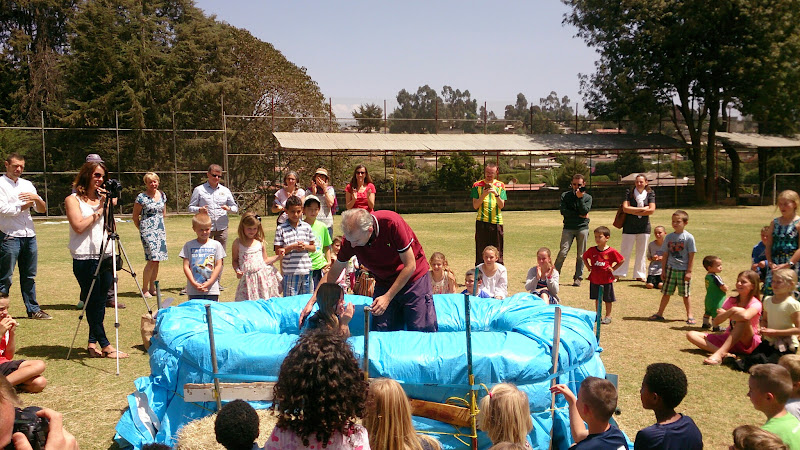 On Monday was the Ethiopian holiday celebrating the Battle of Adwa, when the Ethiopians defeated the Italian attempt to take over the country. Anyway, that meant a day off for most people in the city, so a number of us took the opportunity to go for a hike up a nearby mountain, covered in a forest. Although there is an path to follow, it requires a certain amount of prior knowledge to find and neither I nor others who had been there before could remember where it was. It was decided to park the van at the side of the forest trail that we were on, and venture out on foot in an attempt to locate it. As we left the car, I had the feeling that a GPS location of the spot might come in handy, so took one with my phone. After 2 hours or so of hiking, without finding anything that looked familiar, we realised we needed to turn back before it got too late. Had it not been for the GPS location to follow, I don't know what we'd have done, so much of the forest looks the same! Knowing that you're definitely going in the right direction while walking through so much forest is very reassuring. Definitely going to do likewise the next time I go.

Hey man. Great to see you're enjoying yourself in Ethiopia. I can't wait to get over there for a visit sometime. Lisa says hi! You're in our prayers often.